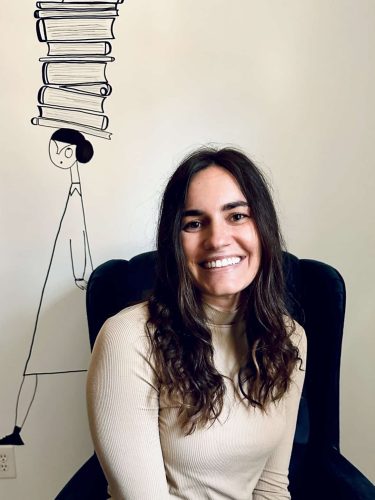 Allie is an author, artist, and has been known to be spotted foraging in the woods. Growing up, every day after school she’d throw a ball against a wall for hours on end, speaking stories into existence. (Much later she discovered she shared this childhood quirk with Judy Bloom, which made her feel less crazy). Her desire to tell stories has developed into multiple MG and YA novels, as well as picture books.

At eighteen, Allie moved from Atlanta to England, where she worked in a secondary school, and eventually met her husband. In their first three years of marriage, they moved to Brazil to serve in classrooms and soccer fields, and became houseparents for young adults in Foster Care back in Atlanta.

Allie loves a good creative outlet, and since 2018 has co-founded two small businesses—The Floralette Co., a floral design studio, and Little Woven Home Co., a textile art company. She can never get enough of middle schoolers, though, so she also works part time as the program coordinator for a non-profit that mentors under-resourced students.

All the while she is still writing stories. She is a member of SCBWI, The Atlanta Writers Club, and various critique groups. Her debut MG novel is going out on submission this month. You can check her out here: https://www.alliemillington.com

Charissa resides in a suburb of Minneapolis, MN. She’s married and a mother to three beautiful children. Her faith, children, and family are what fuels her existence.

Charissa was diagnosed with a rare and aggressive cancer on her 13th wedding anniversary. She is now a Triple Negative Breast Cancer survivor. Charissa feels driven to educate and support others during their cancer journeys. In 2020, Charissa was the Keynote speaker at “Pursuit for a Cure” at Ashley for the Arts.

She and her children wrote We Find Joy: Cancer Messed with the Wrong Family, a children’s book to help other families gain some control and find joy while fighting cancer.

Charissa now works as a children’s mental health therapist and absolutely feels this is the job she was called to do. Before transitioning to that role, she was a school social worker.

Charissa has a Christian Picture Book series on submission, with another going out very soon. 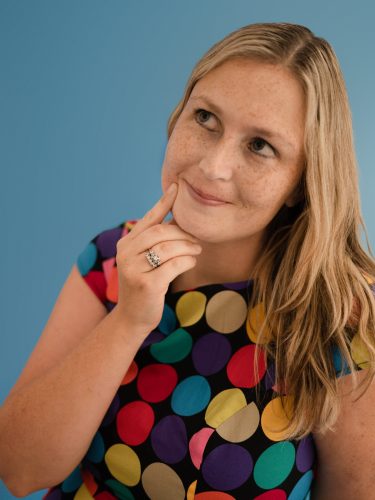 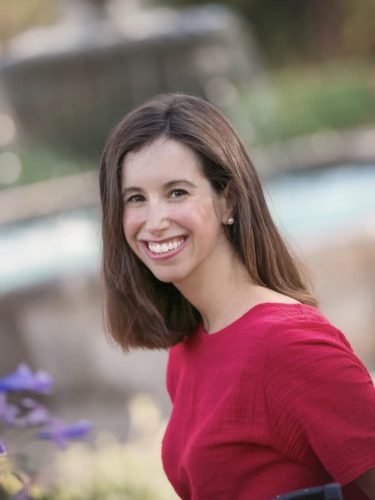 Deana is an author, cartoonist, and illustrator who lives in San Diego, California with her husband and two young sons.

Her artist grandmother taught her to paint at an early age. She has been mentored by many wonderful artists over the years, among them New Yorker cartoonists. She was a nationally recognized staff cartoonist as an undergraduate at UC Berkeley, graduated from UC Berkeley School of Law, and later worked for the New York City Department of Education, where she illustrated the Chancellor’s holiday cards. Her work has been exhibited in galleries in Brooklyn and New York.

As an undergraduate at UC Berkeley, Deana illustrated and cartooned for The Daily Californian. She earned national recognition for her editorial cartoons and was a finalist for both the John Locher Memorial Award and the Society of Professional Journalism Mark of Excellence Awards.  Her comic strip, Roomies, based on the lives of Deana and her six college roommates, was a finalist for MTV U’s comic strips contest.

Her Picture Book, ROAR, is currently out on submission, with a PB Hanukkah story going out soon. You can check her out here: https://deanasobel.com/

Denise was born in New Orleans during the heart of Mardi Gras. When given a creativity test as a young child, her mother was told, “Denise will never fit into any mold.” Luckily, her parents continually encouraged her with a pencil in one hand and a sketchbook in the other.

Later, Denise moved to Lafayette, Louisiana to study art at the University of Southwestern Louisiana. It did not take long for her to fall in love with Lafayette and choose to make it her home. She graduated with a bachelor’s degree of Fine Art and spent the first part of her career as an art director and graphic designer in the advertising industry.

In 2013, Denise changed gears and opened her own design shop with a focus on illustration and creative graphic design. She also began pursuing another passion—writing and illustrating for children. She joined the Society of Children’s Book Writers and Illustrators and now serves as the Illustrator Coordinator for the Louisiana/Mississippi Region of SCBWI.

With a few picture books already under her belt, her debut MG story is now out on submission. You can check her out here: https://www.denisegallagher.com/ 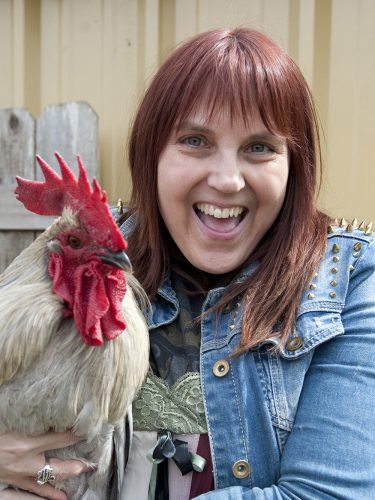 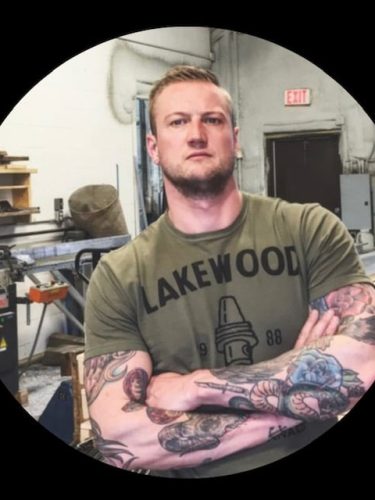 Ian grew up in the small town of Holland Landing, Ontario. He was an avid reader and writer, but leaned more towards combat sports – earning a 2nd Degree Black Belt in Karate and becoming an instructor at 14.

Ian attended Brock University for sociology, working as a night club bouncer on the side before managing Isaac’s – the Brock University campus bar. It was there he wrote his first novel, GREY DOGS: ZOMBIE SURVIVAL – which sold and was published by Severed Press out of Australia in 2010 when he was only twenty-two years old.

Before graduating, Ian would have three more novels published. After university, Ian signed on to work full-time as a CNC machinist at the family business, Lakewood Machine & Tool in Newmarket, Ontario. There, he began making YouTube videos on the trade and manufacturing business, which were soon picked up by Practical Machinist – the largest manufacturing community in the world.

In 2017, Ian married his wife, Brooke, and moved up north to cottage country, where he lives with his wife, two dogs, and two cats.

Returning to his love of writing, Ian as another Horror story going out on submission very soon

Indra is a Pacific Northwest artist and illustrator. She began selling her work at the age of thirteen designing greeting cards for small businesses and nonprofits. Her love for fantasy, literature, and enchanted forests became the primary inspirations for her work. Inspirations that carry on through the murals she was hired to do for both the cities of Springfield and Eugene Oregon, as well as nonprofits within the King County of Washington.

Along with building a successful merch design business (creating tee-shirts, stickers and more), Indra has illustrated children’s books for multiple authors and publishers including the award winning Princess Lillian and Grandpa’s Goodbye, with the aim of bringing back the fairytale whimsy of traditional children’s book literature.

Indra has partnered with author, Jenny Fulton, on a Picture Book featuring the beauty of God’s earth and the Navajo people. It goes on submission very soon. 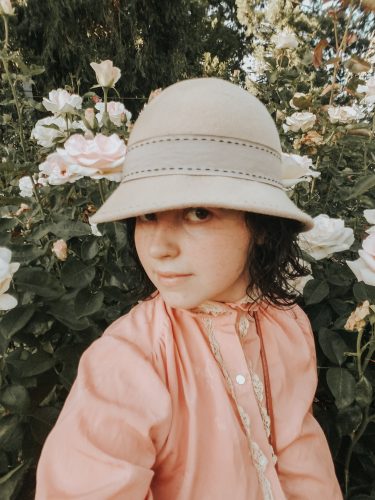 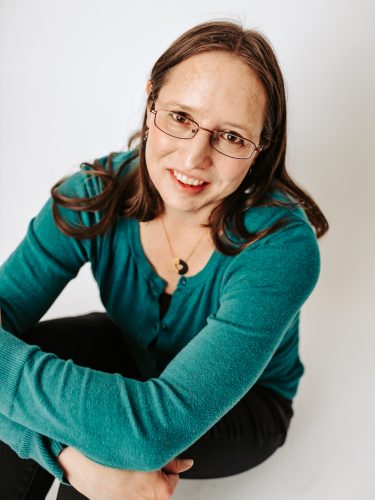 Jenny is a published freelance writer, content editor, an award-winning author of children’s books, and a multi-genre author of a Bible study, memoir, and YA fantasy book. In 2007, she received a B.S. in Bible, a B.S. in elementary education. Jenny has worked as a teacher in a variety of cultural and educational settings, both abroad and in the United States. She is a storyteller, a follower of Christ, and a seeker of truth.

An enrolled member of the Navajo Nation, Jenny grew up in Kansas but regularly visited family and friends on the reservations where she fell in love with the lands and its people. This heritage inspired an early love for other cultures and languages. While in college, she worked with Sudanese and Hispanic populations and spent three months in Mexico learning the language, teaching elementary English classes, and connecting with various people and ministries. In 2007, Jenny moved to China where she taught ESL at an international school, coached middle school and high school athletics teams, and worked with an international youth group.

In 2010, she moved to the Navajo Nation where she taught at a grant school, working with various ages and coaching their middle school athletics teams.

Jenny began pursuing her dream of writing and publishing books in 2008. She currently resides in Albuquerque, New Mexico with her husband and three daughters.

Her Picture Book, Morning on the Mesa, goes out on submission very soon.

Melissa Johnston Miles has always loved kids. In fact, during middle school she’d get into trouble for sneaking out of church to take care of the babies in the nursery. When she graduated from The Medical University of South Carolina with a Bachelor of Science in Nursing, she went straight into the neonatal ICU because she still loved the babies! When her own kids were in school, Melissa earned a Master’s Degree in Elementary Education and taught school for 5 years before returning to nursing. No matter what job she’s had over the years, working with kids has been the common denominator. Melissa continues to keep both her nursing license and teaching certifications current—just in case!

Melissa began writing books for kids in 2016. She joined SCBWI, attended a Highlights Foundation course and began taking every opportunity to study the writing craft. She began volunteering in her SCBWI region in 2017 and moved through several roles until recently becoming a co-Regional Advisor. In addition to this role, she serves as Board Chair for the nonprofit she created, Superhero Success Foundation. Through the nonprofit, she’s written and published two picture books featuring special needs superheroes. Over 4,000 copies of the books have been sold (mostly through corporate sponsorships) and hundreds of books have been donated to children’s hospitals, schools, libraries, and a camp for kids with tracheostomies. 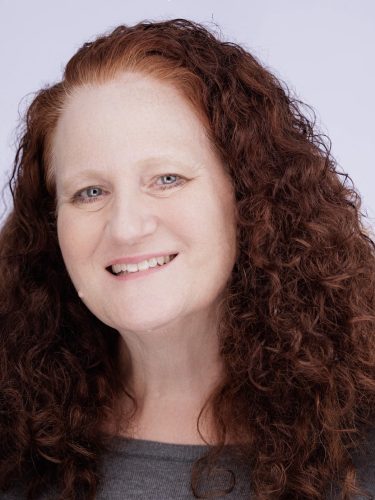 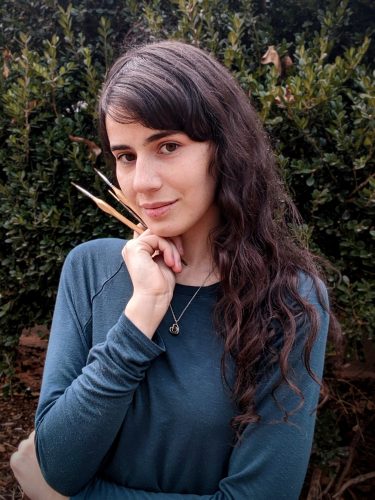 Nadja is a traditional watercolor Illustrator with a love for fairytales, whimsy, history, and stories with a message.  She started writing and drawing her own stories at age five, using yarn to bind the pages and always told people she was going to be an author when she grew up.
Though she stepped away from that dream for a time, Nadja returned to illustrating and creating art after suffering a head concussion that came with high sensitivity to light and noise. As such, she couldn’t go back to work and spent a lot of time at home. Art was a therapeutic process during this time and led to her fulfilling her childhood dream of illustrating picture books.
She is a homeschool graduate, pursuing a degree in psychology, advocates for mental health, and loves to share her thoughts thru her art on social media. She plans on writing and illustrating her own books, weaving in mental health representation and lessons into the stories.
She’s worked on the books: Sheldon’s Time by Lindsey Pope, The Traveling Book and We Find Joy by Charissa Bates, and The Gift of The Gratitude Fairy by Erin Finocchi.
She has partnered with Charissa Bates on a Picture Book called The Traveling Book Lands in Schools. It goes on submission very soon.

Shanah grew up in Sydney, Australia surrounded by love and books and a backyard filled with fruit trees and chickens.

She trained as a family physician with a specialization in women’s health. The role was fast-paced and required exceptional communication skills, empathy, compassion, and the ability to be detail-oriented, time-efficient, and a great collaborator—much like the skills required of a successful author.

In 2014, she moved with her husband and young family to Chicago. There, inspired by her children and their daily visits to the library for story time, Shanah found herself returning to her creative childhood and dreaming of a second career.

Shanah was awarded an Illinois Arts Council Grant for novel development in 2020. This grant funded placement into a six-month novel intensive through The Writing Barn. She loved it so much she accepted a fellowship and remains a fellow there to date.

Her debut YA Contemporary romance goes out on submission very soon. You can check her out here: http://www.shanahsalter.com/ 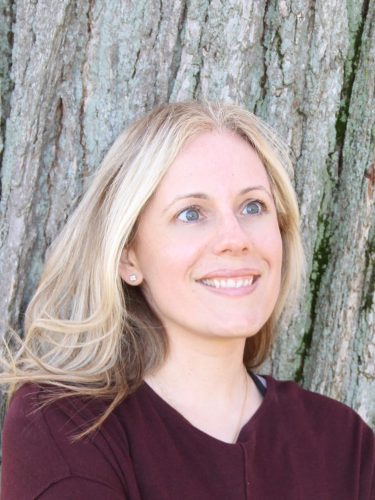